Home grown in Fog Lane Park, the international football team who played all over the world. Learn more and why we are raising funds for a Blue Plaque.

2019 marked the 70th anniversary of the establishment of Manchester Corinthians – a pioneering women’s team who played in Fog Lane Park. They toured the globe promoting women’s football and Manchester.

The Manchester Corinthians were a team of local women who were brought together under the management of Percy Ashley at a time when the FA banned women from playing on FA affiliated grounds. Established in 1949, Ashley’s team toured the world promoting the sport and demonstrating what a dedicated group of players the club possessed. This was at a time when FA affiliated clubs were banned from allowing women’s games on their grounds.

Many of the Corinthians are now in their seventies and eighties but they still get together from time to time to talk of their exploits. In September 2019 Gary James managed to arrange with Manchester City for some of the women who played for the Corinthians to be guests of City at a women’s game at the Academy Stadium. While there I chatted with a few of the women. Margaret Hilton, who now lives in Australia, told him her memories of a groundbreaking tour in 1957: “Bert Trautmann, the City ‘keeper, joined us on a tour of Germany. He acted as an ambassador and watched some of our games. We saw him around but I was too shy to chat to him. It was great having that recognition and support.”

Film of one of their games and of Bert Trautmann in attendance can be viewed here: https://www.britishpathe.com/video/stuttgart-womens-football/query/trautmann+ladies

Corinthians, representing England, won a major competition in Germany which was, at the time, regarded as a women’s European Cup – these were the early days of cross-continent football and UEFA were not involved with organising competitions for the women’s game. Anne Grimes felt that winning that competition in 1957 encouraged the club to make further trips abroad and to play in major stadia. 50,000 watched them in a game at Benfica and then in 1960 the Corinthians ventured outside of Europe for a tour of South America. It was supposed to be a six week tour but such was the popularity of the games that the women were asked to stay for three months. 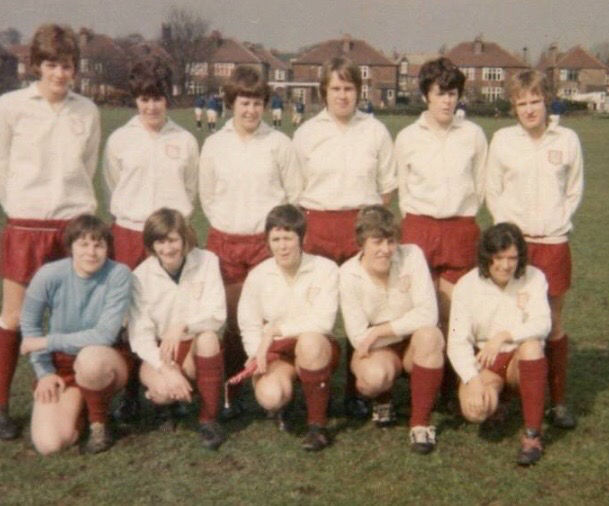 “We stayed in all the best hotels and it was quite glamourous. There were lots of scrapes along the way. We were young women and loved every minute of it. We didn’t care about the FA ban, we just got on and played.”

Whitty had joined the club as an eleven year old in 1958 and was fourteen when she travelled to South America. Her parents had to give permission but some of the women also gave up their jobs for the opportunity of representing Manchester – and England – on the tour. Whitty: “What a great experience for us all! The stadiums… the reception from the crowd… it was all incredible but we all just took it in our stride. It’s only afterwards that you look back and realise how significant it all was.”

A second team was established by Percy Ashley as time progressed called the Nomads – it’s no coincidence that Ashley chose the names Corinthians and Nomads. Both these names had been used by prominent amateur male football clubs that had toured promoting the game and this is exactly what he sought from his women’s teams. He wanted them to promote all that was positive about female participation in football and they certainly achieved that over the decades. The Nomads and Corinthians would face each other regularly, raising money for charity and, to ensure fairness and quality, the teams would be balanced when appropriate.

The Corinthians and Nomads won a host of tournaments and trophies over the years and in 1970 Whitty was player of the tournament when they found trophy success at Reims in France. Margaret Shepherd, nicknamed Tiny due to her height (she was a tall central defender!), remembers the excitement of that trip and the celebrations that followed the victory over Juventus in the final: “It was a great experience and the celebrations were so special.”

The experience of playing against leading European teams was to have a major impact on the lives of the women. In fact, Jan Lyons, decided to move to Italy to spend more time playing football and ended up playing for Juventus for two seasons in the Italian women’s league of the period.

Manchester Corinthians survived into the modern era and continued to play once the FA ban was lifted – a ban they had challenged. The club was still going strong in 1982 but, due to ground changes and related issues it soon officially changed its name to Woodley Ladies, though was often still known as Corinthians. Some of the 1980s team members became players with Manchester City’s women’s team in its inaugural season of 1988-89. By that time the volume of women’s clubs, leagues and competitions had grown.

The club was resurrected for a period in the late 1980s, playing in Tameside, but it was during the period between 1949 and 1975 that Corinthians were true pioneers. They promoted the sport globally at a time when many refused to accept that women could play football.

Hopefully, over the coming years, we’ll be able to promote the club, its achievements and these pioneering women further in Manchester. 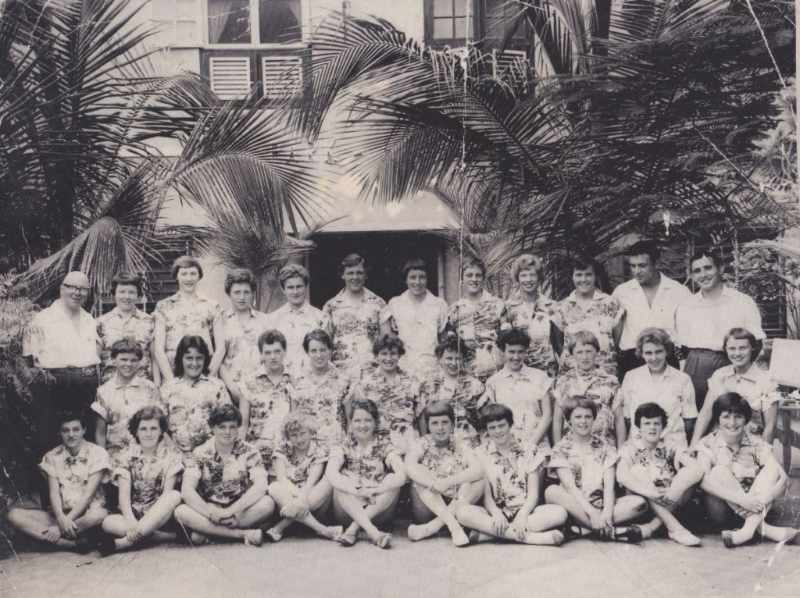 The Friends of Fog Lane Park are running our first ever crowdfunding campaign in Partnership with Manchester City Council, MCRActive and supporters, players and researchers of the awe inspiring Manchester Corinthians, and their sister club, the Nomads.

We are looking to raise £10,000 and deliver significant tributes (in stages) to these remarkable women who played and promoted football in Fog Lane Park, Didsbury at a time when a FA ban was in place, whose story was nearly lost in the local area.

Raising the following amounts will allow us to:

£2,500 – install a commemorative plaque at Fog Lane Park highlighting the achievements of the club and stage a public celebratory unveiling with former players.

£7000 – all above plus erect a lectern-style information display, close to the actual pitch the women utilised, detailing the Corinthians’ achievements over the decades with the aim of inspiring all especially girls with their story.

£10000+ all above plus recruit a local artist to paint a specially commissioned Manchester Corinthians mural on an appropriate building within the park. creating a landmark visual draw and firmly fixing the history of the Corinthians in fabric of the park in which they were formed and played

Our appeal aims to deliver each of these objectives in stages as funds allow.

David Hoyle’s blog here: The Manchester football team that conquered the world – but you probably haven’t heard of them

Thank you to Gary James and his football archive for the text for these pages.